Playing at SIR Studios on 25th Street for the second time and it ain't the worst thing.  While it's no WWI, it is a place to play and if Chuck Mangione would have gotten out a little earlier, we could have played more.  Maybe we should write a song, Take this Fluegel Horn and Shove It."  In any case, when we play on Wednesday, February 7, we are going to have to deal with Matchbox 20.  It's a rough world in the rehearsal studio world. 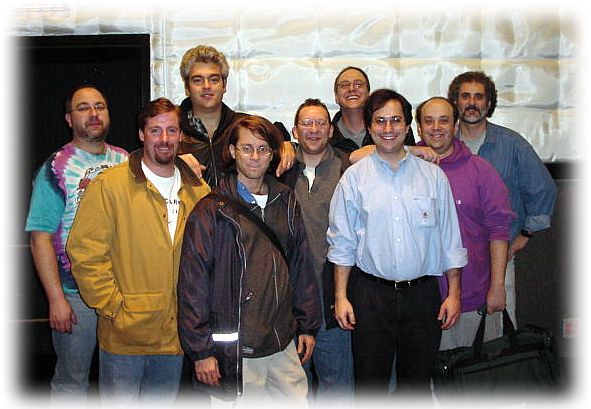 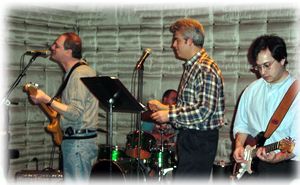 The entire band was at the jam as you can see from the photo above.  In addition, we had Ken show for the early few songs, Scott's friend (I think, Dave and a friend of his were there.  Someone Tommy invites was there for almost the whole.  Short of that, all we had was Dan the sound man.  Speaking of which, it took him and his cohort about an hour for them to set up and get us going but in the end it was worth it.  The tape will be enjoyable.  It's clean sounding.  It just needs more guitar unfortunately.

The music started off loud and obnoxious but by the end of the night it got considerably better to the point that we had some excellent jams, especially in the second set.  We made a DAT soundboard of the jam and I'm listening to the Truckin as we write this.  The tape definitely sounds better than they did from last time in that there is nothing Dreadfully wrong with it.   The vocals sound very good.  Keyboards and drums are  too loud and guitars and bass are too soft in the mix, but overall and better balance than last time.  I'm sure by the time you get your CD's of this it will be pretty good. 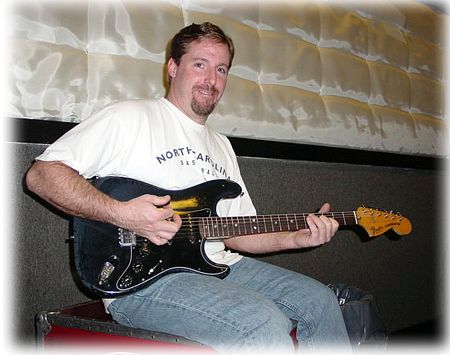 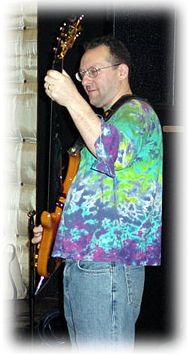 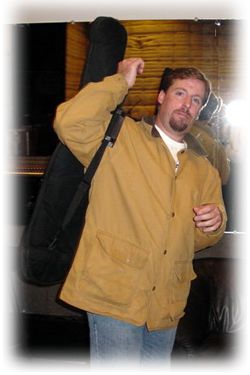 We met at and ate at Don Giovanni's Brick Oven Pizza before the jam.  It was pretty good also.  Giants in Superbowl XXXV!  Go Big Blue. 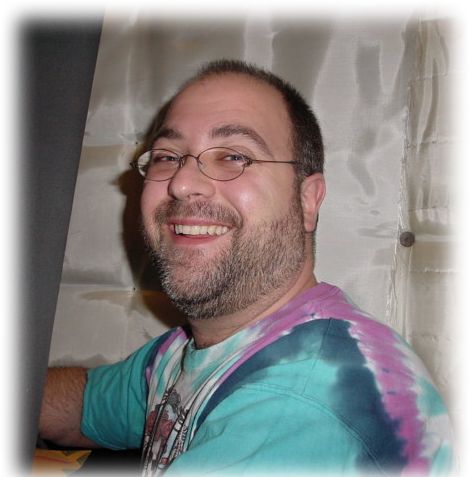