Alan is a last minute substitute in a solid double drumming experience at Carroll's. 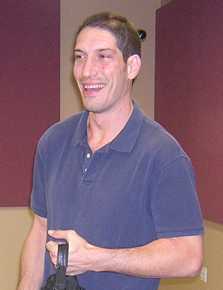 One More Wednesday night at Carroll's taking the slow elevator up to the ever evolving sixth floor.  While a bit cold outside the air was still and it turned out to be a pretty nice night.  On this Wednesday night we were located in the larger studio up front, one we have not yet been in.  Carroll's finally got the knobs for the $6,000 doors but they didn't come close to sealing out the sound from the Cuban band practicing next door.  I can only imaging how loud we were to them. 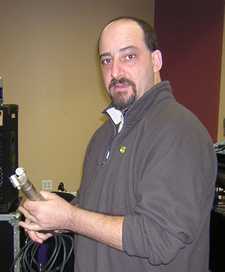 Trister blew us off at the last minute to get in one last tuna fishing expedition for the year.  Fortunately, Alan D., fresh from a trip to Amsterdam, was vibing just right and was able and willing to fill in for Andy.  We had Scott join us for the 3rd week in a row and the groove between the two drummers in really beginning the mesh nicely.  A nice solid, yet under control rhythmic foundation is appearing under our melodies. 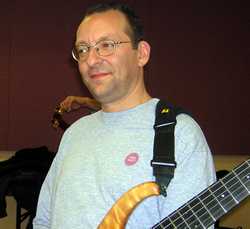 We started strong with a nicely paced Bertha.  To bad Coffee forgot to hit record on that number so we will never know how good or bad it was.  Coffee had a few technical problems on the recording so we didn't get everything.  In addition we also lost the Scarlet Victim to some type of Archos hard disk corruption error.  The missing of the Bertha was some type of Margolis neural corruption error, or in other words, he forgot to hit record. 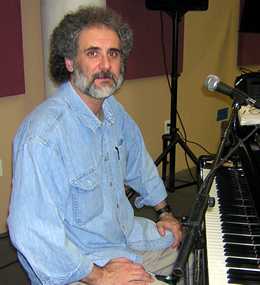 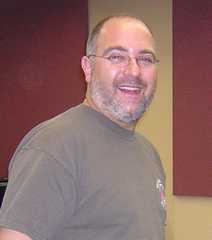 The Brothers and Sisters felt pretty good as did the Terrapin.  That was well executed.  Brotman surprised us all as he started the Hard to Handle out of a jam on a Hey Bulldog.  The Here come the Sun and the Let It Be both seem to turn out better than everyone expected. 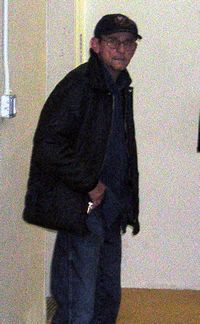 We had the nice 5 song segue that was all pretty good except the Other One had problems getting under way.  The Dancin in the Streets was better than I expected.  We closed with the Saturday Night on Wednesday night just to prove that we could.  Actually maybe it  proved that we really couldn't.  But we could.

Speaking of couldn't, in the world, Yasser Arafat finally died in France tonight.  The inventor of modern terrorism has a lot to be proud of.  May he have vivid memories of all his accomplishments as he rots in hell.  On a more civilized note, the little old guy of Carroll's enjoyed his 69th birthday tonight.   I saw him on many occasion peering his head through the windows in the $6,000 doors and even rocking his head back and forth a few times.  What a way to spend your 69th birthday but watching Deadstein through a small window.  We should have let him pick the setlist.  There was no real food at the jam, a French black cherry sucking candy, but that was it.  I didn't even eat anything else.  Luckily I have tomorrow off to celebrate Veteran's Day.  I day to celebrate the accomplishment of our armed services as they forged forward on their assault on Falluja, a soon to be former terrorist safe haven 35 miles from Baghdad.