It was good to get all six of us back together for this week in Deadstein. When we got there we didn't have a play list or a plan but it was January 15th and that meant two things. It was Martin Luther King, Jr's birthday and it was the 35th anniversary of the Grateful Dead's great show at the Springfield Civic Center, MA. What we decided to do was to perform the show from 1/15/79, but since we were missing our Donna and since we don't know From the Heart of Me, we decided to substitute a Lost Sailor Saint of Circumstance instead of the From the Heart of Me. It is a great substitute, fitting perfectly in the time slot, but it is also a song Kevin said he wanted to do again, and without the swap-a-roo, we wouldn't have gotten to it.

The Springfield '79 show has always been one of my favorites. Making its presence know from its tremendous I Need a Miracle into Shakedown Street to open the second set. While both songs are really hot, it is the transition between the two that makes this show one of a kind. Jerry is creative and aggressive as he forges into a Shakedown. Unfortunately Deadstein couldn't match the effort from 1979, but it was fun to try. While the second set has no slow Jerry ballad, the post drums jam and Playing make up for it. This is one of those great Playing in the Band sets with the closing jam of it just before going into Casey Jones is my personal favorite. You can tell Jerry was hot because hit Casey Jones is also my personal favorite. Deadstein isn't scum on the shoes of the Dead and to compare us to them is disheartening. Nevertheless, I invite you to check out this great show at the Archives.org by clicking here and I also invite you to check out Deadstein's covering the jam.

While all my taping equipment and recording techniques seemed to work at the outset, Kevin did have a high-end buzz in his bass, probably a bad batty, so I had to cut out and hide those frequencies, more so than usual. Likewise, Alan had a distortion issue in the first set with his amp, so that also had to be tamed to whatever extent it could. I was able to get 2 microphones to record the piano (PZM and an SM-57), so I think the piano was sounding real good. This week's recording I tried to cut the drums back a bit and to narrow the sound stage a bit by bring Alana and I closer to the middle. I also spread out the kick a bit while bringing the rest of the drums to the middle a little more. I think this gives us a bit more of a whole band flavor without as many discrete parts.

All in all, the inspiration and the vibe performing an actual show provides us is strong and it resulted in a great night of music. We played 22 songs, including time for 2 Beatles numbers at the end, which were surprisingly fun. Lots of good stuff. Shakedown, Lost Sailor Terrapin and Playing are all very good. There aren't too many bad points at all and the recordings back that up. Let's not forget that Pat Metheny was setup to rehearse in the studio next door, though he wasn't there when we were.

While the Freak is out now, next week promises to bring even more to our little jamstein. Freak Out! 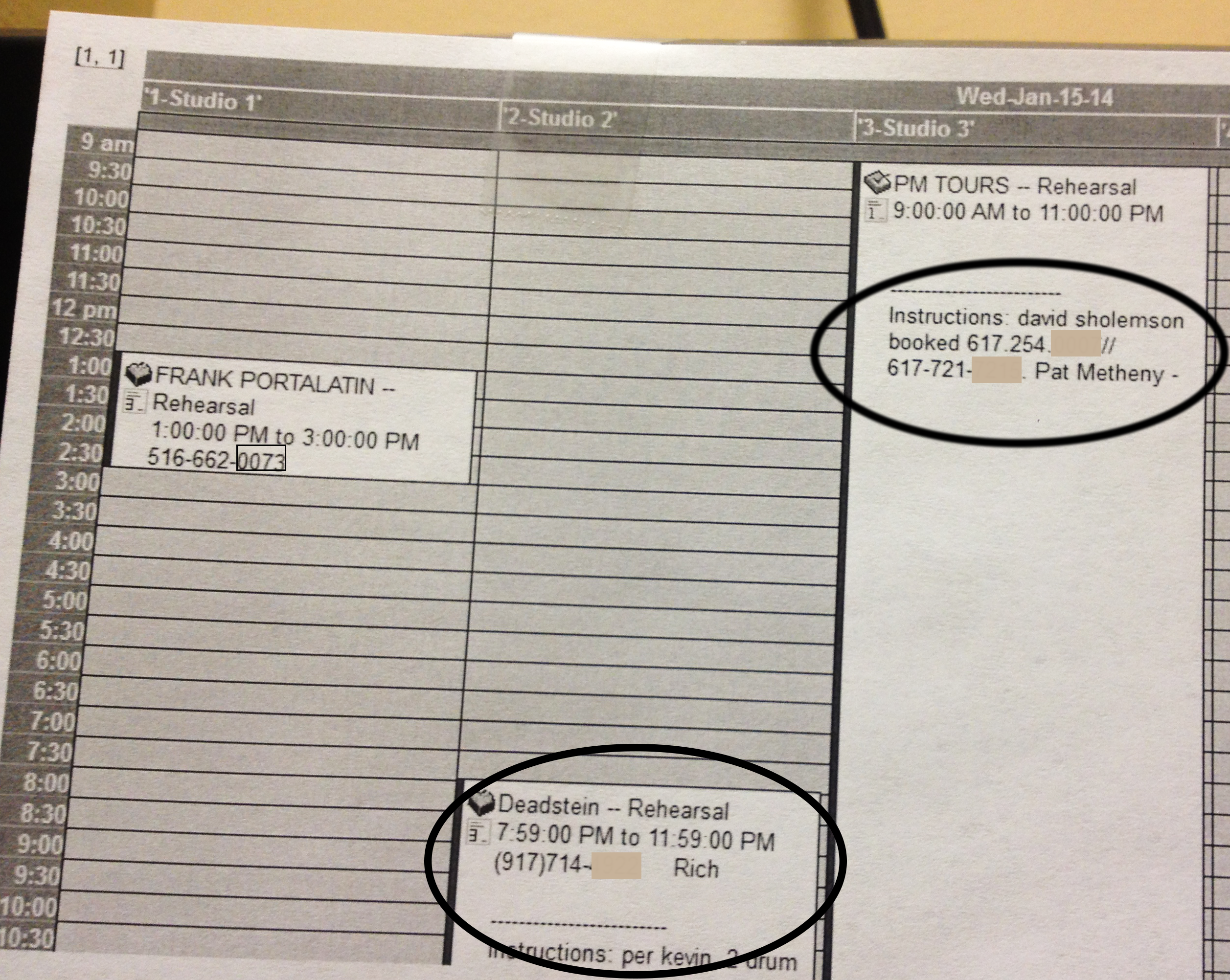